A Chipotle Mexican Grill (NYSE: CMG) restaurant in Michigan has become the chain’s first location to vote in favor of unionizing. The restaurant voted to join the International Brotherhood of Teamsters as workers strive to improve their work schedules, get pay raises, and gain the respect of management, according to a press release.

“We’re disappointed that the employees at our Lansing, MI restaurant chose to have a third party speak on their behalf because we continue to believe that working directly together is best for our employees,” Chipotle spokesperson Laurie Schalow said in a statement to CNBC. 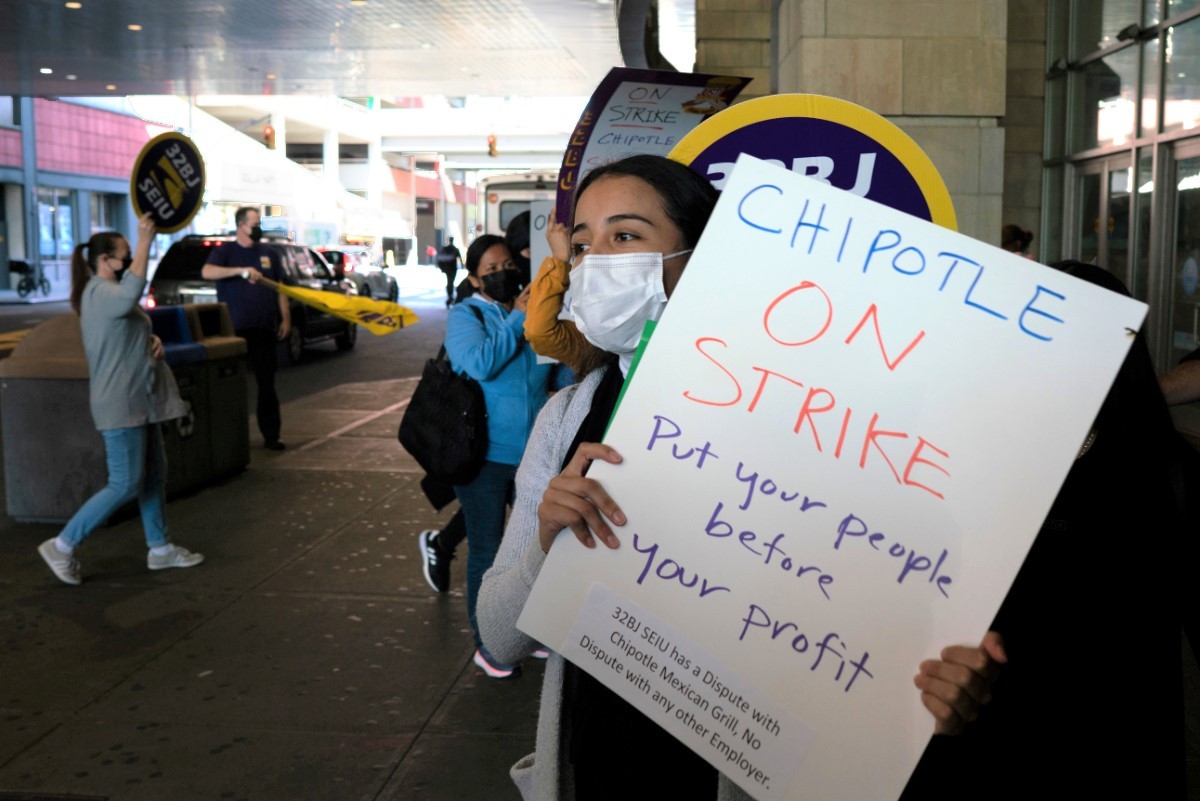 Chipotle will have five days to file an objection to the election. In the case, that it does not file an objection, the National Labor Relations Board regional director will verify the results. If approved, the company will need to begin bargaining in good faith with the union.

“Chipotle pulled in revenue of $7.5 billion last year, and just as we’re seeing workers of all ages and backgrounds across the country take on these corporate giants, it’s so inspiring to see Chipotle workers stand up and demand more from a company that can clearly afford it,” Scott Quenneville, president of Local 243, said in a statement. “The Teamsters have these workers’ backs. They’re going to have a union they can be proud of, that knows how to get things done.”

The Michigan restaurant was the second Chipotle location to file a petition with the NLRB with the intention to unionize.  Nevertheless, there had been a previous union election for a Chipotle restaurant in Augusta Maine, which resulted in the permanent closure of that restaurant.