BEIJING, June 15, 2018 /PRNewswire/ — iQIYI Inc. (NASDAQ: IQ) (“iQIYI” or the “Company”), an innovative market-leading online entertainment service in China, announced that it will join hands with famed auteur Chen Kaige to start working on iQIYI’s premium online drama “The Eight”, representing Chen’s first foray into the online drama arena. Chen’s cooperation with iQIYI is a testament both to the growing appeal of the drama series format for high-level Chinese directors and the iQIYI platform’s ability to attract top talent.

The joint project between Chen and iQIYI promises to attract substantial viewer attention due to its high quality. Chen, the director of such internationally acclaimed films as “Farewell, My Concubine”, “The Emperor and the Assassin” and “Forever Enthralled,” has significantly influenced the development of Chinese film. For “The Eight,” Chen will serve as executive producer, being responsible for the script and deeply involved in every aspect of the series from casting to editing to cinematography. 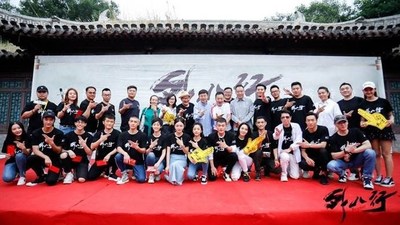 “The rise of premium internet dramas has opened up a huge space for creative innovation,” said Mr. Chen of his first foray into internet video. “With this freedom, directors can now approach storytelling from many different dimensions and create deeper, more richly drawn characters.”

As China’s leading internet entertainment platform, iQIYI has not only popularized the Chinese paid online content model, but was also the earliest company to work with top tier creative talents on high quality original dramas. In 2017, iQIYI worked with well-known filmmakers such as Han Sanping and Chen Guofu to produce critically acclaimed hit dramas like “Burning Ice” and “Tientsin Mystic,” both of which became part of the first batch of Chinese dramas to stream on Netflix.

The story of “The Eight” takes place in both Paris and China amidst the turmoil of the early Republican era, telling the story of a young Chinese man who has grown up at the intersection of Chinese and Western culture and gets drawn into the criminal underworld while fighting to save China’s independence against a variety of hostile forces.