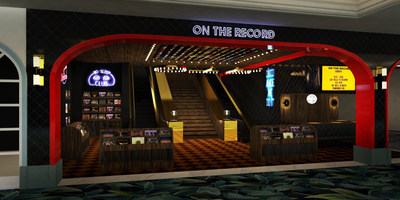 After conceiving and operating numerous successful venues in Los Angeles over the past 10 years, including hotspots Break Room 86, Black Rabbit Rose, No Vacancy, Good Times at Davey Wayne’s, and La Descarga, among others, On The Record (OTR) will be the Houstons’ first Las Vegas venture.

“We have wanted to bring a concept to Las Vegas for years, and Park MGM presented the perfect opportunity with this partnership and space,” said Jonnie and Mark Houston. “OTR will be the biggest project in our portfolio, and we are honored to be in the company of the resort’s next-level food and beverage, and entertainment offerings.”

Located off the main casino floor across from Park Theater at Park MGM, the 11,000-square-foot space will reflect Houston Hospitality venues’ signature modern “speakeasy” atmosphere where guests can expect the unexpected. The three-room venue will include both indoor and outdoor spaces, a world-class cocktail program and an escape into an immersive and entertaining hidden club experience driven by their award-winning interior design.

“We’re excited that Jonnie and Mark are bringing their vision and talents to Park MGM, their first concept outside of Los Angeles,” said Sean Christie, MGM Resorts International’s president of Events and Nightlife. “With OTR, they will bring their trademark style and 10 years of proven success to create a unique new approach to nightlife on The Strip.”

Park MGM is the newest destination on the Las Vegas Strip, offering an intimate resort experience on a grand scale.  A partnership between MGM Resorts International and New York-based Sydell Group, Park MGM features 2,700 guest rooms and suites, casually elegant design and a remarkable culinary program including Hogsalt Hospitality’s renowned Bavette’s Steakhouse; Juniper Cocktail Lounge; and South-of-France inspired restaurant Primrose. Park Theater, the resort’s entertainment destination, is a 5,200-seat venue home to special engagements by Bruno Mars, Cher and Lady Gaga, making her debut at the end of 2018. Park MGM is located in the heart of The Strip, next to the entertainment and dining neighborhood created by The Park and the 20,000-seat T-Mobile Arena. Additional developments at Park MGM will be announced as the resort experience unfolds throughout 2018. Park MGM is owned by MGM Resorts International (NYSE: MGM). For more information and reservations, visit ParkMGM.com, call toll-free at 888-529-4828 or follow on Facebook or Twitter.

Born and raised in Los Angeles, fraternal twins Mark and Jonnie Houston launched Piano Bar in 2008 followed in short order by La Descarga, Harvard & Stone, Pour Vous, No Vacancy, Dirty Laundry, Good Times at Davey Wayne’s, their first restaurant Butchers and Barbers, and the 80’s oasis Break Room 86 at The Line Hotel. Each establishment is a transportation of space and time, all engineering a unique experience. The Houstons will continue to redefine the hospitality landscape in Los Angeles and beyond with a string of upcoming projects including its first concept in Las Vegas, On The Record at Park MGM, opening Dec. 31, 2018. Website: www.houstonhospitalityla.com 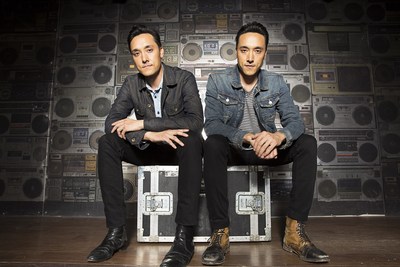 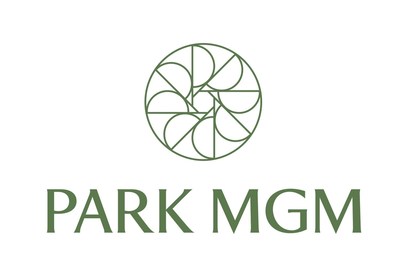