MIDDLETOWN, Md., June 15, 2018 /PRNewswire/ — Middletown Valley Bank, Inc. (OTC Pink Marketplace: MNVB), announced today that at their Annual Meeting, the shareholders’ approved the converting to a Bank Holding Company structure and also the increase of two additional seats on the Board of Directors. 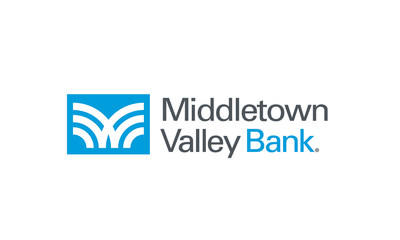 “We are pleased that the shareholders voted to support the conversion to a Bank Holding Company Structure which will provide flexibility as we continue to grow and service a larger client base. The addition of two seats on the board will allow the board to boost the expertise in certain areas and share in the increased responsibilities of being a larger bank,” said President and CEO Robert “B.J.” Goetz, Jr.

This press release may contain forward-looking statements as defined in the Private Securities Litigation Reform Act of 1995. Forward-looking statements can generally be identified by the use of forward- looking terminology such as “believes,” “expects,” “intends,” “may,” “will,” “should,” “anticipates” or similar terminology. Such statements, specifically regarding the Company’s intentions regarding transparency, growth and market expansion, are subject to risks and uncertainties that could cause actual results to differ materially from future results expressed or implied by such forward-looking statements. Potential risks and uncertainties include, but are not limited to, changes in interest rates, stock market liquidity, deposit flows, loan demand and real estate values, as well as changes in economic, competitive, governmental, regulatory, technological and other factors which may affect the Company specifically, its existing and target market areas or the banking industry in general. The realization or occurrence of these risks or uncertainties could cause actual results to differ materially from those addressed in the forward-looking statements.