Siemens Energy (OTCMKTS: SIEGY), a German multinational conglomerate company, made its debut in Frankfurt. CEO, Christian Bruch, described the firm’s expectations as a “mirror of today’s energy world” all the while emphasizing the need to use interim energy solutions. Shares were up 9% Monday, the biggest gain since March.

In an interview with “Squawk Box Europe,” Burch talked about the company’s business and explained the upcoming technologies and ideas in motion.

“Thirty percent of our revenue is actually coming from the wind side, 20% coming from transmission side, and the rest of the business is around gas and…coal as well,” he said. 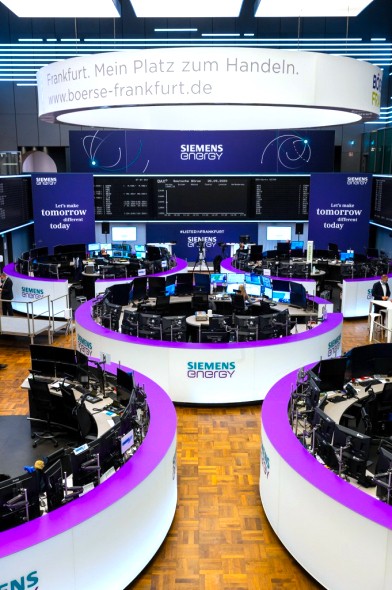 “Obviously, we are trying to convince customers now of the steps in terms of turnaround, the applications of … energy technologies,” he added.

“At the same time, we also try to push to interim solutions: how can we gradually decarbonize natural gas, how can we inject hydrogen in a gas turbine, how can we combine a turbine with some batteries and renewables.”

According to  Siemens AG’s finance chief, Ralf Thomas, Siemens energy shares are expected to be “volatile with ups and downs” during the next couple of weeks as some shareholders such as the Siemens pension fund, decide on whether or not to sell their holding. Furthermore, the company hopes to maintain a blocking minority stake of the business of about 25% over the next five years after the initial sale of shares throughout the upcoming 18 months.

The firm’s debut on Monday started trading at USD25.31 a share by midday, below the issue price. With more than 90,000 employees, Siemens has a range of fields including generation, industrial applications, transmission and renewables.